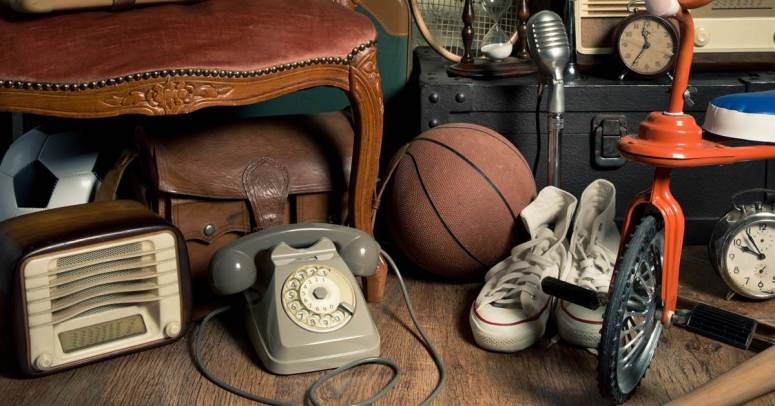 Things I Must Have ~ A Short Story by Allen Kopp

Mrs. Koenig lay near death. Her four grown children had taken it upon themselves to gather in her house to discuss the disposition of her personal belongings.

“I already said the Tiffany lamp is mine!” Cupcake said.

“I’ve loved that lamp since I was a baby!”

“I want the dining room table and chairs,” Kent said. “Mother said I could have them.”

“Not so fast!” Gwendolyn said. “She said I could have them.”

“When did she say that?”

“Well, she just told me last month that I could have them, so I guess that cancels you out.”

“I get the antique bed and dresser that were grandma’s,” Cupcake said. “Mother told me when I was fifteen that she wanted me to have them.”

“Well, isn’t that funny, Miss Cupcake!” Gwendolyn said. “I always thought I would get the antique bed and dresser.”

“I want the complete set of Dickens and the set of Britannica,” Kent said.

“You can have them!” Gwendolyn said. “Nobody cares about books.”

“I care. The Dickens set is over a hundred years old. It’s valuable. I’m going to sell it and buy a car I’ve been wanting.”

“Why don’t you keep the Dickens books and pass them on to your children, chowderhead?”

“I don’t have any children. Remember?”

“Oh, that’s right! There’s something funny about you, isn’t there?”

“There’s something even funnier about you!”

“I get the set of antique china,” Cupcake said, “and I’m not going to sell it, either.”

“What are you going to do with it, dear?” Gwendolyn asked.

“I’m going to keep it. What do you think? I also want the china cabinet. What good is the china without the cabinet?”

“I want the rolltop desk,” Cupcake said. “Mother told me in high school when I made the honor roll that I could have it.”

“I think the rolltop desk should go to me!” Kent said.

“And why is that?” Cupcake asked.

“I get the piano,” Gwendolyn said. “I’m the only one who plays.”

“You haven’t played since you were twelve years old,” Kent said, “and you were horrible! You used to cry when mother made you practice, and then she cried when she heard how bad your playing was.”

“Well, maybe I’ll take it up again. I always feel there’s something lacking in my life. Maybe it’s the piano.”

“Oh, and I also get the antique vase from China,” Gwendolyn said. “Mother’s piano wouldn’t be mother’s piano without the vase sitting on it.”

“Wait a minute!” Cupcake said. “I’m the only one here who knows antiques. I think I should get the antique vase from China.”

“I want mother’s photo albums and the big picture in the attic of grandma and grandpa,” Kent said. “Also the hall tree, the antique sideboard, the library table and the brocade sofa.”

“You can have them!” Gwendolyn said. “I never liked them, anyway.”

“Excuse me!” Cupcake said. “The library table is mine! I’ve already decided where I’m going to put it!”

“I’ll tell you where you can put it!” Kent said.

“I must have mother’s silver that she only used for special occasions,” Cupcake said. “The china is nothing without the silver to go with it.”

“I’m going to take the grandfather clock,” Kent said. “I’ve had my eye on it for  a long time. I’m sure mother wanted me to have it.”

“Then why didn’t she say so when she was in her right mind?”

“Don’t you think it’s funny she never told any of the rest of us?”

Dickie was the fourth and youngest child. He had not spoken until now. “You should hear yourselves!” he said. “Squabbling like a bunch of old hens over things! Mother’s not even dead yet! She may recover! She may come home from the hospital! She may live many more years!”

“We’re just trying to be prepared for when the time comes,” Kent said.

“These are the things we grew up with,” Gwendolyn said. “They’re meaningful to us. We want to make sure they end up in the right hands.”

“Don’t you want to stake your claim to the things you want to keep” Cupcake asked. “To remember mother by?”

“Why not?” Gwendolyn said.

“This stuff isn’t your stuff and it’s not my stuff!”

“What are you talking about?” Kent asked. “Of course it’s our stuff! Who else would it belong to?”

“I am in possession of some information that the rest of you sons-of-bitches don’t know!”

“What are you talking about?” Gwendolyn asked.

“Have you lost your mind?” Cupcake asked.

“No, I haven’t lost my mind. Mother’s lawyer called me yesterday. On the phone. Mother knew you would be fighting over her things, so she made a last-minute provision to her will. She wants everything in the house sold at auction and the money—all of it!—to go to charity.”

“I don’t think mother would do that!” Gwendolyn said.

“I don’t believe it!” Kent said. “You’re making this up out of spite!”

“And that’s not all!” Dickie said. “She donated the house to the church.”

“People from the church talked to her many times about giving them the house when she died. They finally broke her down and got her to sign an agreement.”

“This isn’t right!” Gwendolyn said. “Mother wasn’t right in the head! We can contest it! We can file a lawsuit! We can hold it up for years in the courts!”

“I don’t think so,” Dickie said. “It’s all legal and valid. If you don’t believe me, call mother’s lawyer. His name is Kenneth Ormiston.”

“Mother disinherited us!” Kent said, as if in a daze. “We don’t get anything!”

“Mother wouldn’t do that!” Cupcake said. “Not to me! I was always her favorite!”

“She won’t get away with this!” Gwendolyn said. “I’m going to have her buried face-down!”

“I don’t think it’ll make any difference to her,” Dickie said, “one way or another.”

“I don’t think I can walk!” Cupcake said, sobbing. “I need somebody to take me home!”

“Dickie,  you bastard!” Gwendolyn said. “Look what you did to your sister! I’m going to kill you!”

4 thoughts on “Things I Must Have”