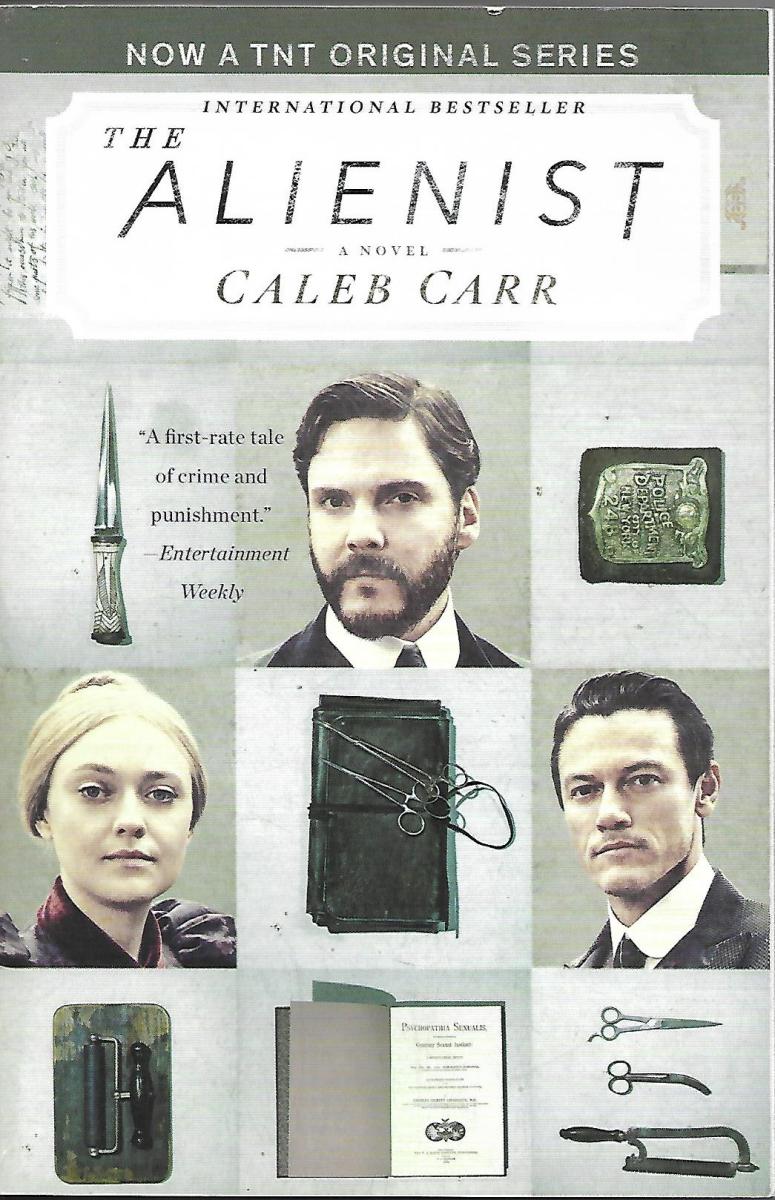 The Alienist
~ A Capsule Book Review by Allen Kopp ~

Caleb Carr’s 1996 novel, The Alienist, is set in New York City in 1896. It is about a fictitious serial killer, the hunt for him, and the people doing the hunting. Dr. Laszlo Kreizler is the unorthodox “alienist” (psychiatrist) who takes it upon himself to find the killer. (The police are not interested in pursuing the case, for whatever reasons.) Dr. Kreizler enlists the aid of long-time friend John Schuyler Moore, a fashionable police reporter and man about town. Helping them is feminist Sara Howard, one of the first women to be employed by the New York Police Department (on an experimental basis, of course). She proves herself more than capable of doing whatever the men can do. She doesn’t want any of them to think she is inferior in any way because she is a woman. Rounding out the group are the Isaacson brothers (Lucius and Marcus), a pair of detective-sergeants trained in all kinds of detection arts that the others in the group aren’t privy to. Also offering support whenever it is needed (such as a fast getaway) are Cyrus and Stevie, a couple of loyal servants of Dr. Kreizler’s that he rescued from his mental-health practice.

New York in 1896 was a city of contrasts. Rich people lived in glittering palaces on Fifth Avenue, while, just blocks away, the poor lived in rows of squalid tenements. The serial killer could be just about anybody. No matter who he is, though, he is a definitely troubled. He selects his victims from children, but not just any children: they are “boy prostitutes.” He tortures and mutilates each of his victims in a certain manner that the group of investigators must try to make sense of. They assemble a psychological profile of the killer, based on little bits of information they can glean about him as they proceed. After much work and diligent research, they emerge with the information they need to apprehend the fiend. It is a triumph of good over evil.

The Alienist is meticulously detailed, atmospheric, and well-researched. It is a story about time and place as much as anything else. If you pick up the book and hold it in your hands, probably the first thing you will notice is that it is five hundred pages long. It will keep you turning the pages, but while you are reading it, you may well think it will never end. A little too long and too detailed? You decide.