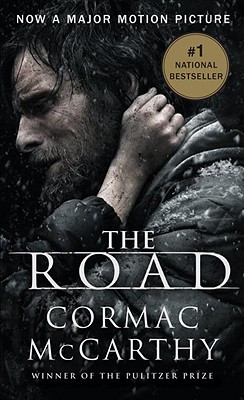 The Road
~ A Capsule Book Review by Allen Kopp ~

A cataclysmic event has occurred. Planet Earth is dying and can no longer support life. Plant life is dying. Trees are toppling over, no longer able to hold themselves upright by their roots. Cities are burned to the ground. There is perpetual ash in the air. The landscape is littered with dead bodies in various stages of decay. Earth has become a living vision of hell.

This didn’t just happen yesterday or last week; it has been going on for years. Most of the people in the world have already died. The people remaining have a horrible life, trying to find enough to eat to keep themselves alive. The “good guys” have to work awfully hard to keep from being killed and eaten by the “bad guys.” The good guys refuse to stoop to eating other people. They have maintained a semblance of humanity; they “carry the fire within them.”

There are two principal characters in The Road, both unnamed: a man and a young boy, his son, about nine years old. They are referred throughout the novel as “the man” and “the boy.” They have left their home and are headed for some unnamed destination south of them. They are seeking more than safety, shelter, or food. As important as those things are, they seek something more profound. The man is driven by the desire to save the boy, his son. He believes God has given him the special task of delivering the boy to another place.

The Road is not a “doomsday thriller,” nor is it another diatribe about saving the environment. It is a simple human story about survival and the hope that there might be something on the other side of death. It is eerie, haunting, profound and memorable. Some readers might see a “God-Christ” metaphor in the “man-boy.”

I’ve read The Road by Cormac McCarthy twice, years apart, and was tremendously impressed both times. It is one the rare novels you will read in your lifetime that advances the art of fiction, that takes the reader to a place he has never been before. It makes you happy that a book can be that good.