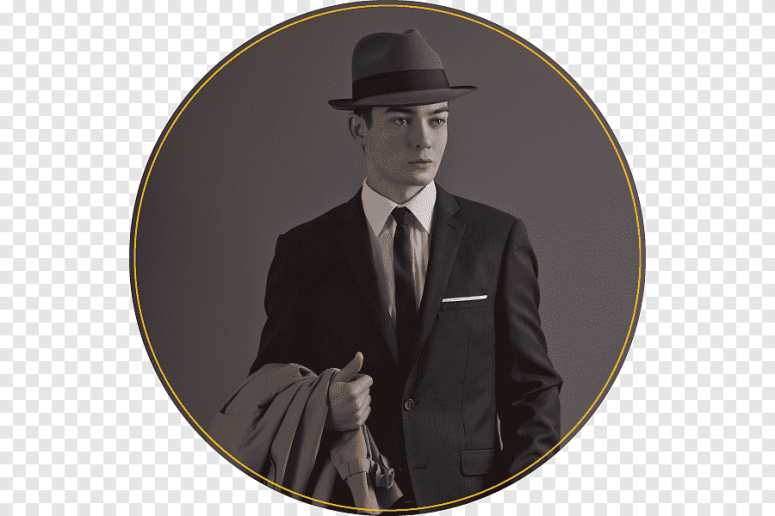 Arlene Upjohn sat on the high porch of the old house she shared with her mother, swinging herself gently in the old-fashioned porch swing that belonged to her grandparents. She held a woman’s magazine on her knees and, turning the pages, looked at the pictures and the advertising without much interest. When someone passed on the street in front of the house, she watched them warily to see if it was anybody she knew.

In a little while a young man approached on foot. When Arlene saw him, she felt a little flush of pleasure and interest. One didn’t often see his kind on this street. He wore dark glasses and a dark suit and carried a briefcase.

Arlene watched him without letting him know she was watching him. Surprising her, he approached the porch and, looking up, spoke to her.

“Excuse me, ma’am,” he said. “I’m a little lost. I’m looking for the Presbyterian church.”

“It’s not on this street,” she said. “Keep going for a couple more blocks and then turn to the right when you come to Fulton Street. That’s where the church is.”

“Are you a minister?” she asked.

“Do I look like a minister? I’m a salesman.”

“What do you sell at a church?”

“Books for people to sing songs out of?”

She went back to her magazine, thinking the young man would walk on, but he continued to look up at her.

“My name’s Dickie Manly,” he said.

“I don’t think my name could possibly be of any concern to you.”

“Why don’t you come down off that porch and let me get a better look at you?”

“Can I come up there and sit beside you? I’ve been on my feet all morning and I’m pretty tired.”

“No! Don’t come up! My mother’s in the house! She’s getting ready to go for her doctor’s appointment and she wants me to go with her.”

“That’s why she’s seeing the doctor.”

“Well, could I trouble you for a glass of water? I’m very thirsty.”

“You can have a drink of water if you promise to leave before my mother sees you.”

“I’ll go inside now and get your water.”

“No! My mother is very particular! I’ll get the water and bring it out here.”

“When you have the glass of water in your hand, will it be all right if I come up the porch steps and take it from you?”

“No, that won’t do! I’ll set the glass on the top step and after I’ve resumed my seat you can come up the steps and get it.”

“I’ll be right back in just a minute. If you go away before I come back, it’ll be altogether fine with me.”

Entering the house, she went into the kitchen, filled a clean glass with cool water and took it back out to the porch. When she saw that Dickie Manly was still there, she set the glass on the top step and stepped back.

With a smile, he climbed the eight steps and picked up the glass of water and drank until it was empty.

“Thank you,” he said, setting the glass back down.

“Now, will you please go before my mother comes down from upstairs and sees you?”

“All right. I’ll go. Might I ask you a question first?”

“What do people do in this town for fun?”

“Stay at home and mind their own business.”

“Hah-hah! You’re really not as hard as you pretend to be! You’re lonely like everybody else. Why don’t you loosen up and have some fun?”

“Look, Mr. Dickie, you don’t know anything about me and I’ll thank you to stop pretending you do.”

“You must be thirty years old. I would venture to guess you don’t get asked out on too many dates. You have a lot of lonely evenings at home with mama.”

“How do you know I don’t have a husband and three children?”

“I noticed right away you’re not wearing a wedding ring. That generally means a person isn’t married. I’ve trained myself to notice little details like that.”

“You might do well to mind your own business.”

“For myself, I’m twenty-six. If you’re thirty or thirty-one, I don’t mind a few years’ age difference.”

“I think I hear my mother coming.”

“Will you have dinner with me tonight at my hotel?”

“What’s so bad about that? We’re all strangers until we get to know each other.”

“It’s the Edgewater Hotel. Meet me in the lobby at six-thirty and I’ll reserve a table in the restaurant.”

“No! Don’t expect me to be there because I won’t!”

“I’ll bet it’s been a long time since a man asked you out to dinner. Maybe never.”

“I have a boyfriend.”

“I’ll be spending the evening with my boyfriend, if it’s all the same to you!”

“I know when people are lying.”

“Why would I take the trouble to lie to you?”

“I can’t say it’s been a pleasure meeting you because it hasn’t.”

“Until this evening, then.”

“I won’t be there! Plain and simple!”

He bowed from the waist like a viscount and then he was gone.

As Arlene sat and waited in the doctor’s office waiting room for her mother that afternoon, she felt a pang of conscience that she had been so unyielding with Dickie Manly. He was probably a very decent fellow and not at all bad looking. What would be the harm in having dinner with him at his hotel? How many times was she going to be asked out before she was too old to be of interest to anybody?

She was restless all the rest of the day and her mother said she looked “peaked.” She could hardly stand her mother’s incessant chatter about trivialities. She went out into the back yard to be alone, but her mother soon came out, too, wanting polish applied to her fat fingers and toes.

“I want you to drive me to prayer meeting tonight,” her mother said. “We’ll  need to leave at about quarter to seven.”

“Sorry, mother. I have plans. You’ll have to call a cab or get Beulah to come by and pick you up.

“My friend Edith Farris and I are going to take in the new movie at the Odeon downtown.”

“I thought you said Edith Farris was in New York.”

“What’s strange about it?”

“She was on a trip to New York and now suddenly she’s back.”

“Well, you know what people are like. They change their minds pretty fast sometimes.”

“Well, all right! If seeing a movie with a high school friend is more important that doing what your mother wants, then go ahead and see the damned movie!”

“I’ll call Beulah and ask her to come by and pick you up.”

“Don’t bother! I think I can take care of it myself!”

Her mother didn’t speak to her or look at her for the rest of the day.

She changed her clothes and at six o’clock sped off in her mother’s old Chrysler that her mother was no longer able to drive. She arrived at the Edgewater Hotel at twenty minutes after six and went into the lobby and sat down in a conspicuous spot where anybody getting off the elevators would be sure and see her.

At fifteen minutes before seven Dickie Manly hadn’t appeared. She began to worry that possibly he forgot that he invited her to dinner. He had seemed so determined, though, so confident. She was certain he wouldn’t give up so easily.

At five minutes after seven she went to the hotel desk and asked the clerk to ring Dickie Manly’s room, number three-twenty-six.

“Did he say where he was going?”

She didn’t want to go back home so early, with nothing to show for her evening. She thought about going into the restaurant and ordering dinner alone, but she wasn’t hungry and couldn’t eat. She had to ask herself an important question: What do people do when they feel lonely, disappointed and foolish?

She went into the dark hotel cocktail lounge and took a seat at the bar. She ordered a martini and after she drank it down ordered another one. When she was on her fourth martini, a man came and sat down on the stool beside her. He smiled and offered her a cigarette which she readily accepted.

She nodded and the drink was placed on the bar in front of her.

“My name is Cleo Hall,” the man said.

“Happy to meet you,” she said, but didn’t offer her own name.

In ten minutes Cleo Hall was nuzzling against her. He put his hand on her shoulder and when she didn’t object he put his other hand on her upper thigh.

“Would you like to go someplace more…intimate?” he breathed his hot alcohol breath into her ear.

She looked at him and nodded solemnly. Standing up from the stool, a little shakily, she waited for him to disentangle his feet and stand beside her. She took his arm then, like an old acquaintance, and together they walked out of the bar—through the hotel lobby—through the slapping revolving door—and out into the cover of night.