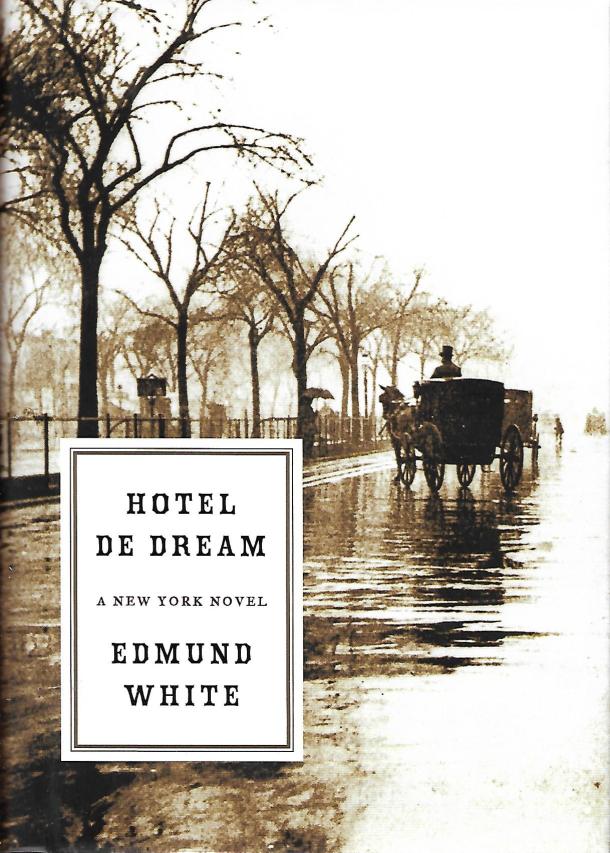 American writer Stephen Crane was born in Newark, New Jersey, in 1871, and died of tuberculosis in Germany in 1900 at the age of twenty-eight. He was one of the most gifted young writers of his generation. His 1895 Civil War novel, The Red Badge of Courage, achieved worldwide acclaim for its realistic depiction of war, which Crane wrote without ever having seen battle.

Hotel de Dream, a 2007 novel by Edmund White, is a fictionalized account of Stephen Crane’s final illness and his struggle to complete his final work of fiction called The Painted Boy (which only exists in Hotel de Dream and Crane never actually wrote). The Painted Boy was in the mold of Crane’s earlier novel, Maggie, Girl of the Streets, and was quite daring for its time because it deals with an “invert” (a coy, turn-of-the-century word for a homosexual). The invert in question is named Elliott. He’s a sixteen-year-old boy of the streets, a male prostitute, who comes to New York from a farm, where he was sexually abused by his father and older brothers. As a rent-boy, Elliott meets stodgy, married, middle-aged banker Theodore Koch. After a few “dates,” Koch is convinced he is in love with the syphilitic boy and is willing to risk everything—career, marriage, home, children, place in the world—to be with him. He rents a room where he and Elliott can meet every day. When he is blackmailed, he begins stealing money from the bank where he works. This cannot end well, for him or for Elliott.

Hotel de Dream is a story-within-a-story. Sections about Crane’s private life are interspersed with his fictional story of Theodore Koch and Elliott. Crane is too weak from his tuberculosis to write, so he “dictates” The Painted Boy to his common-law wife, Cora. She knows that Crane is dying, is in love with him, and will do anything to help him.

If you are a student of American literature or a fan of Stephen Crane’s naturalistic style of writing, Hotel de Dream is well worth your time. It’s a fascinating fictional excursion into the life of a real-life American writer, his time and the people he knew. And it’s a reminder, once again, of what a terrible disease tuberculosis is and how fortunate we are to live in an age in which it has been eradicated.