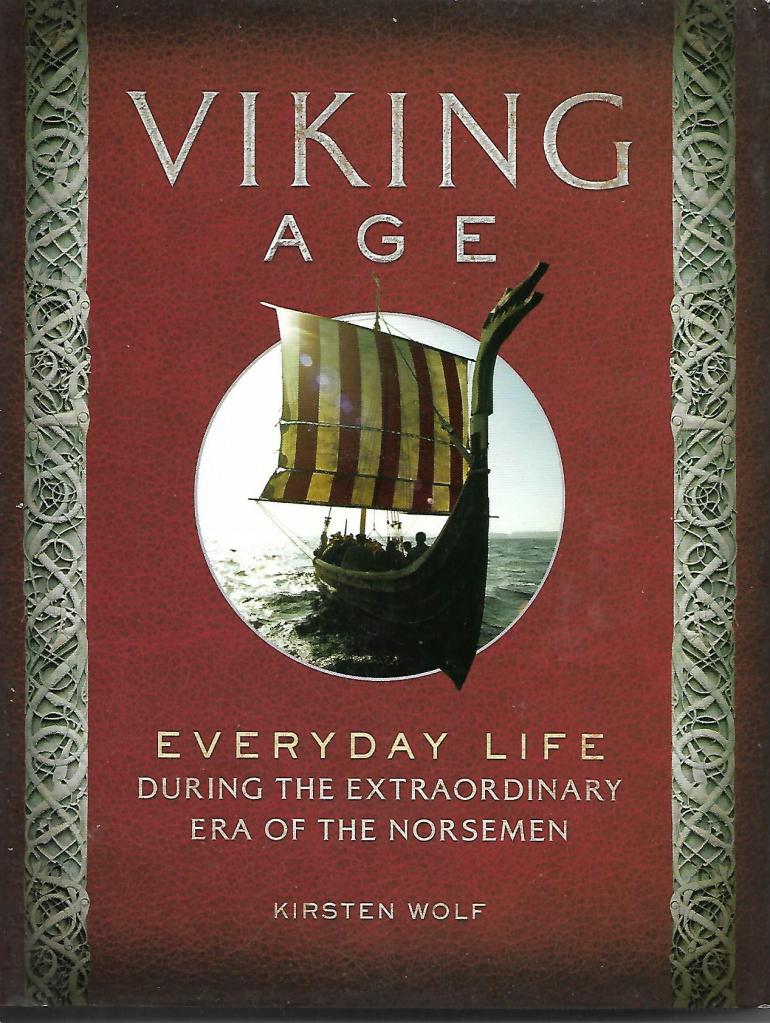 Viking Age: Everyday Life During the Extraordinary Era of the Norsemen ~ A Capsule Book Review by Allen Kopp

The Vikings of the ancient world came from Sweden, Norway, Denmark and Iceland. The time in which they were active was 800 A.D. to 1100 A.D. They were a fearsome bunch (bearded men in horned helmets wielding battle axes) to their neighbors because they were raiders, plunderers and invaders. Their major contributions to the world were navigation and the building of “longboats.” In other words, they were seaworthy and could go about any place they wanted to go, including the North American continent about 500 years before Columbus. Not all people who came from Sweden, Norway, Denmark and Iceland were Vikings. They were called Scandinavians or Norsemen. The Vikings comprised but a small part of the Scandinavian population, but they are the people from this period we remember.

The Scandinavians of the Viking age were pagan, worshiping multiple gods, until they converted to Christianity. Life expectancy was only 30-40 years. They were not particularly clean or hygienic, which accounts in part for the low life expectancy. Old people were virtually nonexistent. Many women died in childbirth. Many children died in infancy Men ended up raising children on their own or abandoning them to strangers. Despite the reputation of the Vikings, the Scandinavians were not a particularly war-like people. They were farmers, hunters, fishermen, cattle producers.

Kirsten Wolf, professor of Scandinavian studies at the University of Wisconsin, wrote Viking Age. The subtitle is Everyday Life During the Extraordinary Era of the Norsemen. It is an overview of everything you might want to know about this ancient age and its Scandinavian people, including what they ate, what they wore, how they lived, their politics, their religion, their belief (or nonbelief) in an afterlife, their art, their recreational life, etc. I’m not a scholar or an academic, but I found the book readable and fascinating; that is, if you have an inquiring mind and are open to historical subjects.