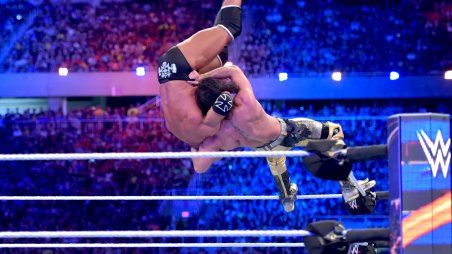 My mother-in-law’s name is Elna Olmstead. She has pink hair and looks like Edward G. Robinson. Imagine, if you will, Little Caesar (not the pizza but the Prohibition-era movie gangster) wearing a cotton-candy wig, a mass of pink curlicues and ringlets, encasing his melon-shaped head. Whenever I see Elna, I expect her to be wearing a double-breasted suit with a machine gun as a fashion accessory, but instead she’s wearing a horned helmet and an iron breastplate, like a tiny Brunehilde (complete with the German accent). Yes, she’s very small but don’t be fooled by her size. She would cut off your head with her battle-axe and serve it to the neighborhood dogs and then, without missing a beat, go inside and watch today’s episode of General Hospital.

Elna doesn’t have very high regard for men. She has had four husbands. Two of them died and the other two escaped. Of the two that died, one of them, Julius, had his heart burst (or, as Elna likes to say, his heart “busted”), and the other one, Hec, committed suicide by hanging himself from a rafter in the attic. Elna was very put out with Hec because he hadn’t finished his housework. When he was laid out at the funeral home (with a smile on his face), she was there with a big bag of pork rinds in one hand and a pint of malt liquor in the other. When she lit a cigarillo over Hec’s casket with a lighter like a torch, it activated the very sensitive fire sprinklers, and water came pouring down on her and poor dead Hec. She threatened to sue the funeral home because she had spent four hours that day at Mitzie’s House of Beauty getting her hair re-pinked.

Elna’s best friend is a former lady boxer named Doris Grotnick. Elna brought Doris along one Thanksgiving to our house for dinner. Doris proudly raised her sleeve and showed us the tattoo of the grim reaper on her upper arm and then she informed us that “Grim Reaper” was her professional name when she was in wrestling. After dinner, Elna and Doris sat at the kitchen table arm-wrestling and drinking margaritas, while the rest of us ate pumpkin pie and watched Miracle on 34th Street on television.

More than anything else, Elna and Doris love sports, but especially wrestling. They go to all the matches and have their favorite wrestlers. Elna calls them “my boys.” She got arrested at one of the wrestling matches because she had too much to drink and wouldn’t sit down and shut up. When security guards came and tried to make her leave, she hit him one of them in the face and broke his nose. When we went to bail her out of jail the next day, she had the man’s blood all over her clothes and underneath her fingernails.

Next to wrestling, Elna and Doris, these two paragons of refinement, love tractor pulls. They watch tractor pulls on TV and get so excited they pull down the curtains and bust up the furniture. Elna screams at the tractor she hopes will win, jumps up and down and flails her fists. One time she accidentally clopped Doris on the side of the head with her doubled-up fist and knocked her out. She waited until the tractor pull was over (her tractor won) and then called for an ambulance. Doris was taken to the hospital and spent two weeks recovering from a concussion.

We found out later that Doris Grotnick was a Satan worshipper and that she persuaded Elna to join her “church” (or “anti-church” if you prefer). They both dressed in black and went arm-in-arm to all the services. Elna told us that making Satan her master was the best thing she had ever done and that it had “set her free.” She tried to get the rest of us interested in Satanism. She gave us pamphlets to read, extolling the value of Satan worship, but I refused to look at them and threw them in the trash.

Elna and Doris became minor celebrities for a time when they appeared on a TV talk show in white makeup as witches and practitioners of black magic. They moaned, frothed at the mouth and rolled around on the floor to invoke the spirit of Satan for the studio audience. My wife was embarrassed and refused to leave the house for a few days. She realized, finally, that her mother was insane. I had known it all along.

For Christmas Elna bought three cemetery plots, one for herself, one for my wife and one for me. I was to be on one side of her and my wife on the other side. We were her children. Children of Satan. That’s when I decided to be cremated.