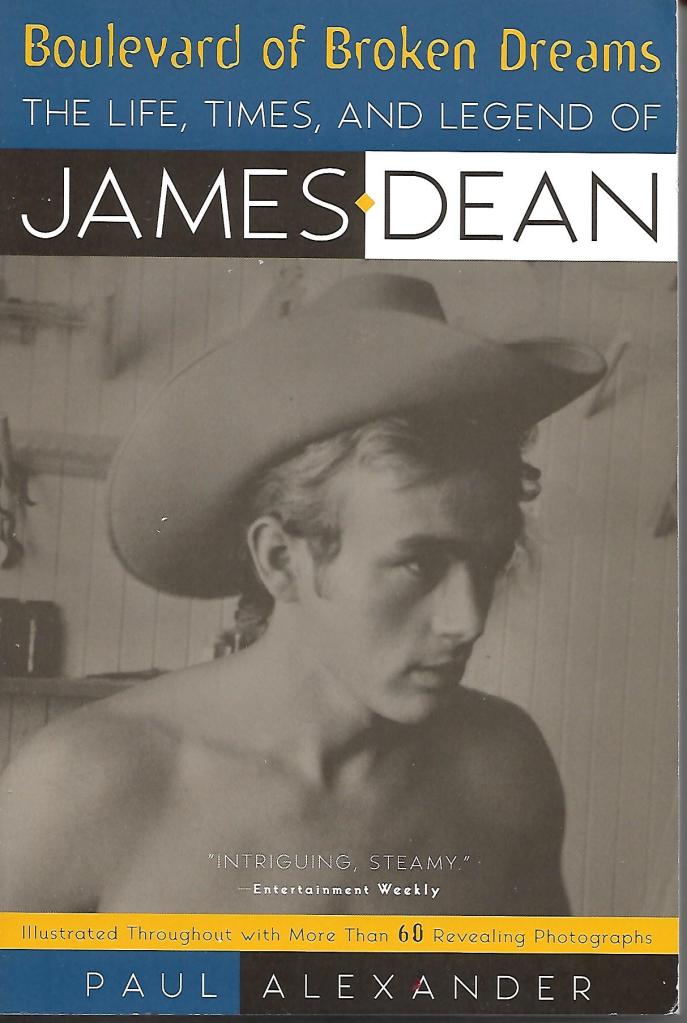 There has never been anybody else quite like James Dean. He was born in 1931, an Indiana farm boy. His mother died when he was nine years old, causing him lifelong emotional insecurity. (He was always looking for a surrogate mother.) His father never really wanted him (or even liked him), so he was raised by an uncle and aunt. Despite his unlikely environment, he wanted to be an actor from an early age. He was always artistic and temperamental, the kind of boy that most people don’t even try to understand. As he grew to manhood, he was extraordinarily good-looking (though slight, weighing only about 135 pounds) and was discovered to be an exceptionally gifted and unique actor. Overcoming many obstacles, including lack of money, he ended up in Hollywood after appearing in a couple of Broadway plays and studying acting at the prestigious Actors’ Studio in New York City.

James Dean was a rebel in the 1950s, an age of clean-cut, cookie-cutter conformity. He was homosexual but never in a fey, obvious, or stereotypical way. (He played basketball in high school and was a racing-car enthusiast, for Christ’s sake.) His manner and style of dress put off most traditional-minded people. When he dated young “starlets” in Hollywood (as part of the Hollywood image-making machine), he was any mothers’ worst nightmare.

In Hollywood, James Dean traded on his good looks to get acting jobs in exchange for sex from gay male producers and casting agents (the other side of the “casting couch”). When he landed his first part in an important movie, a film adaptation of John Steinbeck’s novel East of Eden, directed by the most important director of the day, Elia Kazan, he was still only twenty-three years old but had struggled to “make it” in the difficult profession of acting for a long time. He was still an unknown, of course, but anybody who knew him believed he was destined for movie stardom.

When East of Eden was released, James Dean was found to be a sensation. He connected with audiences (and not just teenage girls) in a visceral, emotional, unique way. He had a style of acting that was new and mostly his own. People went crazy over him. His next move, Rebel Without a Cause, seemed tailor-made for him. He played a sensitive, moody, misunderstood, spectacularly good-looking boy named Jim Stark. His self-absorbed parents mostly ignored him. He didn’t fit in at school. It wasn’t until he became friends with Judy (Natalie Wood) and Plato (Sal Mineo) that he seemed like a person, a real human being.

After Rebel Without a Cause was Giant, a movie about Texans based on a best-selling novel by Edna Ferber. Two of the biggest stars in Hollywood, Rock Hudson and Elizabeth Taylor, played opposite James Dean. He was Jett Rink, the Texas outsider, the counterpoint to Rock Hudson’s character, the “nobody” who becomes a big man in his own right. Again, the rebel.

Sadly, after those three movies (East of Eden, Rebel Without a Cause, Giant), there would be no more for James Dean. On September 30, 1955, at age 24, he was killed in a gruesome, two-car crash on a California highway. He was driving his sportscar, a Spyder Porsche (which he had just recently had the money to buy), to a racing competition in Salinas, California, when he collided with another car. (Nobody’s fault, just an accident.) The wreck was so violent that he had no way of surviving. On that day, the day of his death, the myth of James Dean was born.

East of Eden was the only one of James Dean’s three movies to be released during his lifetime. Rebel Without a Cause and Giant were released posthumously, to great acclaim and increasing sorrow over his tragic and unexpected death. People went to see his movies to cry over what was lost and what “might have been” if he had lived. Is there anything any sadder to contemplate?

When he died, James Dean was still mostly an unknown actor. In the year following his death, after the release of Rebel Without a Cause and Giant, he became as famous as any movie actor of the 1950s. Not since the death of Rudolph Valentino in 1926 had the death of a Hollywood figure caused such a stir, in America and around the world. Today the cult of James Dean lives on, the myth of the tragic young hero who was too good for this world.