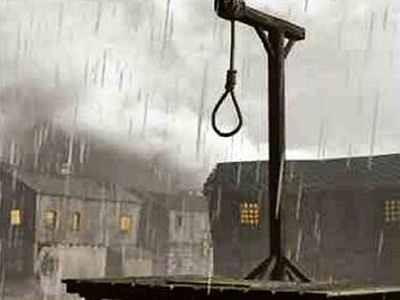 Dinner was spaghetti and meatballs. Gil ate a plateful, barely tasting the stuff, and passed on angel food cake for dessert. Thinking he was finished, he wiped his mouth and stood up, remembering, as always, to push in his chair.

“Your father and I wanted to have a talk with you this evening,” mother said.

If there was anything Gil hated, it was “serious” conversations with his parents. It usually meant his mother had an ax to grind. Had he failed to straighten up sufficiently in the bathroom after taking a shower? Was two o’clock in the morning too late for him to be coming home?

Father wasn’t hearing anything she said. His attention was focused on the television, where an adenoidal female reporter was blatting about the latest political scandal in Washington.

“Harvey, would you please turn that thing off for a while?” mother yelled into father’s ear.

He looked at her, her words slowly registering, and picked up the clicker and turned the set off.

“What’s the matter with you?” he said. “They were just getting to the interesting part.”

“It’s all shit,” she said. “Everything they say is shit for shit brains like you to lap up. If it was up to me, television would cease to exist!”

“What was it you wanted to talk to me about?” Gil asked.

“Let’s go into the living room,” she said. “I’ll clean up the dishes later.”

Gil went into the living room, followed first by mother and then by father, and sat on the edge of the chair so he could make a quick getaway.

“Let’s make this quick,” he said. “I have people waiting for me.”

“They can wait,” mother said. “This is much more important.”

“When you graduated from high school, we told you you could stay here as long as you wanted, until you found your way in life.”

“You tried college and you flunked out.”

“You’ve tried several different jobs and none of them suited you.”

“You’re a messenger boy. Do you think that’s a suitable job for a twenty-three-year old man?”

“Do you think you’re living up to your potential?”

“Maybe I don’t have any potential.”

“Do you plan on still being a messenger boy when you’re fifty?”

“No, I don’t plan on anything, mother. When I’m fifty, I’ll worry about it then.”

“With that attitude, you’ll never get anywhere in life.”

“Yeah, I guess I’m pretty worthless. Can I go now?”

“We’re not entirely without hope, though,” she said.

“You remember our friends the Byersons.”

“How could I forget?”

“And their lovely daughter Bethany.”

“Will you please get to the point?” father said.

“Well, it seems that Bethany Byerson is in a bit of a dilemma.”

“What does that have to do with my job as a courier?”

Father groaned and shifted his bulk on the couch.

“She’s a year younger than you are,” mother said. “She had an affair with a married man. She thought the man was going to marry her but he didn’t. He ran out on her.”

“She shouldn’t have been so stupid.”

“The trouble is now she’s going to have a baby.”

“I’m sure it happens all the time. Why are we even talking about it?”

“You know how the Byersons are. Very active in the church. While some girls would go out and get an abortion, Bethany Byerson would never do such a thing.”

Gil sighed and looked at his watch. “If you want me to take her to a country club dance, the answer is no. I haven’t been to one of those dances since I was nineteen.”

Mother laughed and looked at father. “We spent all evening with the Byersons last night. They think very highly of you.”

“In spite of your low opinion?”

“They see you as a clean, decent, intelligent American boy.”

Gil looked at father and father looked away.

“Well, the Byersons believe, and your father and I agree, that you’d be a good match for Bethany.”

“I know it’s probably going to take you some time to get used to the idea, but I want you to keep an open mind.”

“Do you know what people called Beth Byerson in high school? The snitch witch. She’s got a pointed nose and a pointed chin and long black hair and she looks like a witch. She was always reporting somebody for smoking or skipping class. She was so self-righteous! I could never stand the sight of her.”

“No! I’m not dating Bethany Byerson!”

“Well, I’m afraid it’s moved rather past the dating stage.”

Gil laughed at the absurdity of it. “Are you out of your mind? I hardly know her!”

“It doesn’t have to stay that way, does it? I wrote her phone number on a little slip of paper and put it on your dresser. We all want you to call her. Take her out to a nice restaurant for dinner and see a show. I’ll pay for it. That would be an excellent start. And remember, time is of the essence.”

“It’s your chance to do a real nice thing for another person.”

“Tell him the rest,” father said. “He should expect something in return, shouldn’t he?”

“Oh, yes,” mother said. “You marry Bethany, make a respectable woman of her, and Vernon Byerson will take you into the bank with him.”

“Take me into the what?”

“That’s right! Vernon Byerson will give you a job in his bank if you marry his daughter!”

“Oh, yes,” mother said. “The house! Vernon and Gerry own some six rental houses. I’ve seen them and they’re quite nice. They will allow you and Bethany to live in one of their houses rent-free for a year and at the end of the year you have the option to buy! Doesn’t that sound wonderful?”

“Is there a garage with exposed rafters?” Gil asked.

“Because that’s where I’ll be hanging myself.”

“And what about the baby? Didn’t you say there’s a baby involved?”

“Well, of course, everybody will believe you’re the father.”

“That’s what they’ll be led to believe.”

“Well, yes, appearances are important to people like the Byersons.”

“It sounds like a real sweet deal,” father said. “A chance to move up in the world. Have some security. Join the country club. Show the world you’re better than a messenger boy.”

“Yes,” mother said. “I think you could go your whole life and never get a better offer than this.”

“How many young men do you know who have ever had such a wonderful offer?”

“I have to admit, mother, I don’t know of anybody.”

“So you’ll at least think about it, then? Give Bethany a call?”

“It suddenly occurs to me,” Gil said. “Why are you so interested in helping the Byersons find a husband for their pregnant daughter? You must be getting something out of it, other than getting rid of me.”

“Go ahead and tell him,” father said.

“Well, if things go according to plan,” mother said with a girlish giggle, “Vernon Byerson will absorb our mortgage.”

“It means we’ll own the house outright and won’t have any more mortgage payments.”

“So, Vernon Byerson is buying a husband for his creepy daughter and you’re selling me, your son, to pay off your mortgage.”

“It sounds so sordid when you put it that way!”

“Well, I know you’re a smart boy and you won’t let a chance like this get away. Give it a couple of days and I’m sure you’ll see how much sense the whole thing makes.”

“Is that all, then? Are we finished?”

“Yes, you can go now,” mother said, “but don’t stay out so late. You need your rest. You’re not a teenager anymore!”

Gil drove downtown after his mother dismissed him, met his friends and spent the next six hours playing pool and drinking. After he left his friends, he drove around by himself for hours until a police car began tailing him. He went home at three o’clock, slept for a few hours and woke up with the sun shining in his face.

He wasn’t used to drinking and felt sick at first but after he vomited he felt all right again, only a little tired from not enough sleep. He took a long shower and after he was dressed he packed his two old suitcases with the possessions from his room he especially wanted to keep. The rest of the stuff he would leave behind as a reminder that he once occupied the room.

When he was taking the suitcases out the door, his mother appeared from the back of the house wearing her long bathrobe, hair askew.

“Where are you going?” she asked.

“In all the years you’ve lived here, we…”

“Yeah, I know, mother. You can tell it to the wall after I’m gone.”

“Once you leave, you’re never coming back.”

With one final look at the old house he had lived in his whole life, he drove out of town and began driving in a westerly direction, because, to Americans, west is the direction of promise. He had two hundred in cash, two thousand in the bank, and a six-year-old car that would take him as far as he wanted to go. More importantly, though, he had youth, health, and a stout heart.