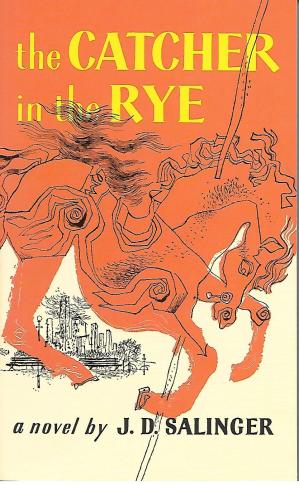 J. D. Salinger pulled off something of a miracle when he wrote his 1951 novel The Catcher in the Rye. It’s a book that’s almost universally loved or at least admired. It’s thoroughly readable, undeniably engaging, absolutely compelling, and completely original. Every writer wishes he had written it. It has often been imitated—the sincerest form of flattery—but never duplicated. It has to be one of the best American books of the twentieth century. It’s a small book but it manages, in its scant 235 pages, to create more of an impression with the reader than much more ambitious books of two or three times its length.

One of the remarkable things about The Catcher in the Rye is that it’s not wholesome (there’s plenty of swearing and references to sex) or life-affirming. It’s about angst, alienation and loneliness. It’s protagonist (or anti-hero, if you prefer), Holden Caulfield, is plenty messed up. His observations on life are cynical, funny, dark, and oftentimes cruel and misanthropic. It’s no surprise that Catcher in the Rye is often the book of choice among killers and criminals. Do you know the poem “Invictus” by William Ernest Henley? The poem is saying that no matter what I’ve done and no matter what is done to me because of what I’ve done, I stand before you bloody—but unbowed—because I am the master of my fate and captain of my soul. For me, Catcher in the Rye embodies the same spirit.

The Catcher in the Rye is being told in the first-person voice of Holden Caulfield. He’s seventeen years old and a student at a boys’ boarding school, Pencey, from which he’s being expelled because he’s failing all his subjects except English. Pencey is one of several schools that he’s been expelled from. It’s Saturday and the action of the book takes place over three days, from Saturday to Monday. The time is in December, right before Christmas.

Holden is an interesting character, full of contradictions. He has an outer appearance of confidence and bluster but is in reality terribly insecure. He’s confused and alienated by the world and by most of the people in it. People he believes are his friends he finds out are not. And, in spite of his dislike and his distrust of most people, he’s lonely and is always seeking somebody out to spend time with. The only people in the world he seems to truly like are his brother DB, a writer who has gone to Hollywood to write for the movies, his fourth-grade sister, Phoebe, and his deceased younger brother, Allie.

Even though it’s right before Christmas and Holden has been expelled, he can’t go home right away. He wants to wait a few days, until Wednesday, before going home, because that’s the day his parents are supposed to get the letter from Pencey telling them he’s been expelled. The action of the book takes place between the time he leaves Pencey on Saturday and the following Monday. A lot happens to him over those three days and that’s what the book is about.