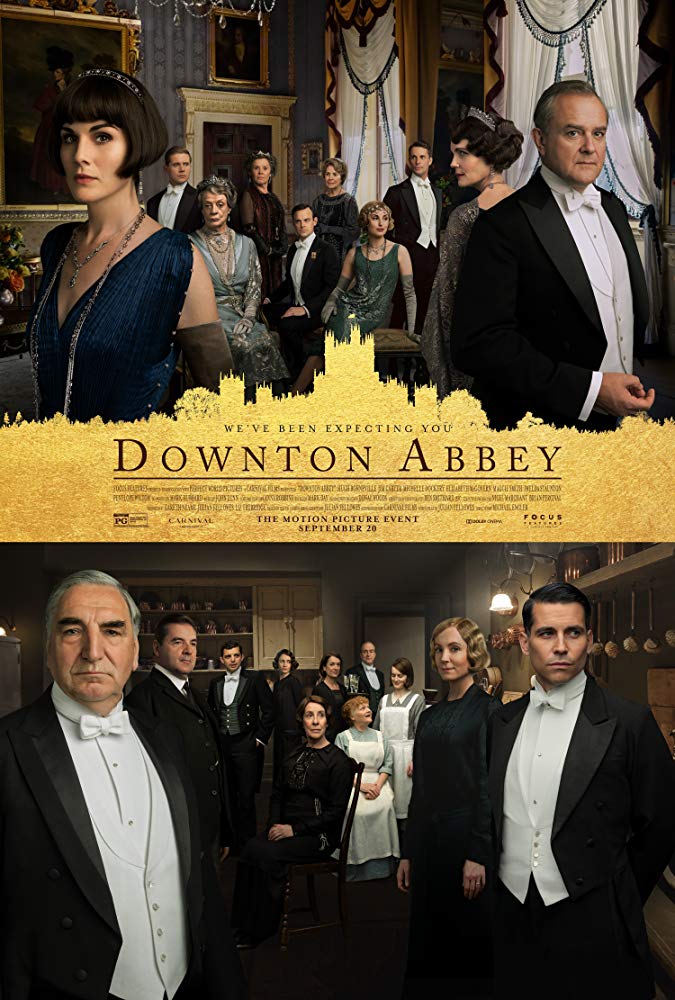 The television series Downton Abbey ran for six seasons and fifty-two episodes from 2010 to 2015. Now there is a Downton Abbey movie. It’s not a sequel or a rehash of the television series but a continuation, set two years after the series left off. If you never saw the series and are not familiar with the characters, you probably won’t find the movie meaningful or interesting. Familiarity with the characters is what will provide the spark.

It’s now 1927. The world has been changing since the Great War (“the war to end all wars”). The uppercrust Crawleys (he’s a peer, don’t you know) have witnessed the slow demise of their “class,” their privilege, and all that goes with it. People on the huge estates, such as Downton, have been selling out and moving into more modest homes. The Crawleys hang on, but sometimes they get discouraged and talk about giving up the ghost, which would mean, of course, letting their servants go out into the cold world and fending for themselves.

King George V and his wife, Queen Mary, are going to be touring Yorkshire, so they will spend one night at Downton Abbey. A royal visit, of course, always provides lots of opportunity for drama and intrigue. After the snooty royal retinue arrives, the Downton Abbey servants are incensed to find that they will be displaced for the duration of the royal visit by the king’s own. Mrs. Patmore will not be required to cook the dinner after all, after laying in mountains of supplies from the local grocer; the cooking will be handled by the king’s French chef. Mr. Barrow, now head butler at Downton, will not need to lift a finger because the king’s butler (although he will not allow himself to be called by that title) will see to everything. Mrs. Hughes’s housekeeping skills will not be needed; the king has brought his own hatchetfaced housekeeper with him; she can scare anybody away just by looking at them.

The royal visit goes off smoothly enough, but, of course, with complications. There is a plot to assassinate the king during a parade (politics, don’t you know) that is thwarted by the ever-brave and resourceful Mr. Tom Branson. (It has now been seven years since the death of his wife, Lady Sybil, so he has an eye again for the ladies.) The Dowager Countess (Maggie Smith) must confront (and make peace with) a detested relative who is part of the king’s retinue. Lady Mary’s husband, Henry Talbot, can’t be present for the royal visit because he is off in Chicago at an auto show, but he appears at the last moment. Lady Edith’s husband, Bertie Pelham, is planning on being on an extended trip in South Africa with the king at the time that their first child is due to be born, so what will Lady Edith do with an absentee husband at such an important time? Our Mr. Barrow (more handsome than ever now that he’s “older”) gets into a jam by being in a “men’s” club—men dancing with each other!—when it is raided by the police. “I’ve never been here before!” he says as he is pushed into the paddy wagon. “You’re here now!” a helpful policeman states.

If you liked Downton Abbey on TV, you should like the movie, which is grander, bigger, broader and more lavish than the TV series. It’s old-fashioned entertainment for those, like me, who need to escape into another time and place. And if the Downton Abbey movie makes enough money, there will undoubtedly be more to come. 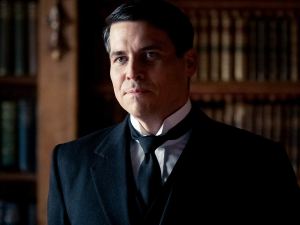