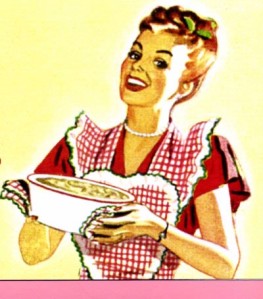 He was losing another job, the third in five years. The job didn’t matter so much—in fact he hated it—but it meant he would have to start looking again and money would be tight for a while. He was going to have to tell his mother but would wait for the right time; ill-timed bad news could keep her from sleeping.

He was dozing in the recliner in front of the TV when he heard her voice from the kitchen.

He went to the table without bothering to put on his shoes, rubbing his eyes.

“Aren’t you getting enough sleep?” she asked.

“If you were getting enough sleep at night, you wouldn’t need to sleep during the day.”

He looked at the plate of food she set in front of him, another one of her recipes cut out of the newspaper: a brown-and-greenish mass swimming in watery gravy. She used to be a good cook but now hardly made the effort.

He picked up the fork and began eating, looking across the table at her. She had just passed the threshold of sixty and he could see her creeping toward old age. She had put on a lot of weight and she didn’t seem to care. Pockets of flesh hung from her jawbones like a bulldog. When he was in high school, all those many years ago, she used to be pretty.

“He wants me to lend him five thousand dollars. Of course, with him, ‘lend’ means ‘give’.”

“Mary Ann needs some expensive dental work, the car needs repairs, and now they have a leaky roof they have to get fixed. I told him not to have more than two kids, but do you think he ever listens to his mother?”

“Did you tell him you’d give it to him?

It seemed the perfect time to tell her she should hang on to her money because he no longer had a job, but he kept silent. He rarely ventured an opinion. He was the grown-up child safely delivered to adulthood and, since he didn’t have a family of his own and had never ventured into the world on his own, nobody cared what he thought. He seemed to exist only on the margins of other people’s lives.

“Do you know what Sunday is?” she asked.

He looked at the calendar on the wall. “It’s the twenty-third,” he said.

“It’s your father’s birthday. I want to go visit his grave and I want you to drive me and Aunt Louise out there. I told him not to buy cemetery plots way out there because it was too far for me to go, but he never paid any attention to what I wanted. Being buried in a country cemetery was some whim of his, as if it mattered.”

“What time on Sunday?”

“We’ll go about two o’clock and stop someplace and eat on the way back so I won’t have to fix any supper.”

“What do you mean ‘if you’re here’? Are you planning on being someplace else?”

“What kind of way is that to talk? ‘One never knows’.”

“I was just making a little joke.”

“I hope they’ve done a better job of keeping the grass trimmed around his headstone than the last time I was there. Honestly, as much money as it takes to be buried there, you’d think they could at least keep the grass neat.”

He had been sitting in the same chair at the same table in the same kitchen his entire life, listening to his mother talk. What she was saying today sounded exactly the same as what she was saying when he was a little boy in grade school. It was a record he had heard so many times it was indelibly etched into his psyche.

“I spoke to Mabel Groat today in the grocery store,” she was saying. “She doesn’t look anything like she used to look. She’s so thin and pale. She had heart surgery about six months ago and never quite got over it. And she has to go into the hospital next week for more tests. She said she had just been to the funeral home and bought one of those pre-paid funeral plans for herself. I suppose I should do that, too. I don’t want my children to have to be bothered with planning for my funeral. I hate to think what the bunch of you together would pick out. To save a few greenbacks, you’d have me stuffed into one of those cheap caskets that’s made out of pressed paper. I cringe to think of the state I’d be in after I’d been buried in one of those things for a while. Yes, I’d rather do it all myself while there’s still time. At least my final resting place is assured. That’s a blessing.

“Did I tell you that Bernice Pullman had a stroke? And she’s only a few years older than me. She’s completely paralyzed and they say she’s just like a vegetable. They had to put her in a nursing home. I suppose I should get out there to see her before she dies, but they say she doesn’t know anybody. If she doesn’t know who I am, what’s the point in going? They’re having to sell her house and car and all her belongings to help pay the bills. If I ever get in that state, I would just rather die right now and get it over with than to be helpless and run through a fortune in medical expenses when there really isn’t anything that can be done. I don’t know why life has to be so cruel sometimes.

“You remember Podge Halliday, don’t you? I grew up with him and he was a distant cousin of your father’s. He was just the sweetest guy in the world and so handsome! All the girls were just crazy about him. He had a heart attack last year on Christmas Day and has never regained consciousness. I don’t know why they don’t just pull the plug on him and let him die with dignity so people can remember him as he used to be and not as some lifeless vegetable in a hospital bed. They say his wife just sits beside his bed all day long and cries. I think she needs to buck up and tell Podge goodbye and get on with what’s left of her life.

“Podge’s daughter from his first marriage goes to our church. She’s about thirty and has a sweet face but she’s as big as a boxcar. She’s got two kids that she dresses up like little dolls. People say she never bothered to get married and that each of her kids is by a separate father. It was such a mistake to allow young girls to start thinking it was all right for them to have children on their own without getting married. In my day, having a baby out of wedlock was the worst thing a girl could do. She was marked for life and so was the child.”

“I don’t know any of those people you’re talking about,” he said.

“That’s because you never pay any attention to me when I’m talking.”

“There’s some canned peaches in the cabinet. All you have to do is get up off your butt and get them and open them and, voila!, there’s dessert.”

“Isn’t there any chocolate cake?”

“We need to watch our figures.”

After he finished eating he went upstairs to his bedroom and locked himself in. He turned on the light, opened the dresser drawer and took out a small handgun that he kept concealed underneath some pajamas he never wore. Looking at himself in the mirror, he held the gun to his temple in his right hand, pulled back the hammer and released the trigger; he found the click it made an altogether satisfying sound. When the time was right, he would get some bullets and, together with the gun, they would make beautiful music.

When he went back downstairs, his mother was lying on the couch in a semi-comatose state, watching TV. He went out the back door quietly and began walking down the street.

He walked for more than a mile until he came to the bridge that led over into another part of town, the part where the taverns, cheap hotels, and whore houses were. It was where one might get a tattoo or purchase some illegal substance or other; where one might just as easily get knocked in the head from behind and wake up with a terrible headache and empty pockets. He came to a place called Uncle Willie’s beside a shuttered theatre and went inside. (He could not have known that Uncle Willie was a woman.)

He sat at the bar and had a drink and then another and another. He liked the darkness, the anonymity, the seedy quality of the place. He found solace in the quiet company of the people there; he believed they were his kind and would understand him if only given the chance.

When he finally decided to go home, he was drunker than he had ever been in his life and it had started to rain. Suddenly he longed for his bed and the safety of his home, for the reassuring presence of his mother. He wasn’t sure if he remembered the way back in the dark.

At the bridge that he had crossed earlier in the evening he became sick and disoriented. He stopped for a moment and looked all around, not sure if it was the same bridge. The light that illuminated the far end seemed to have gone out. Nothing looked as it had looked earlier. He couldn’t see his feet.

He miscalculated distance, believed he was at the end of the bridge when he was in the middle. He didn’t know why the rail was in his way and scaled it. He fell thirty feet to the water and drowned. His body was carried away on the current and wasn’t recovered until two days later.

Such were the facts of his death, but he perceived them in a different way. From the moment he stepped off the bridge he lost consciousness. He was on the other side and there was no rain. It was daylight again. The blue of the sky was inexpressibly beautiful. The trees in the distance glowed in golden light like edifices made of emeralds.

A bus came down the road with barely a sound and stopped. He turned toward it and the door opened. He looked up at the driver but couldn’t see the face of the driver because there was a blinding light there. Without words, he knew he was being given a choice to get on the bus—that he didn’t have to do it if he didn’t want to. He hesitated for only a moment and then climbed the four little steps, shielding his eyes from the light. He heard the door close behind him and felt the bus accelerate under his feet as he settled comfortably into a seat beside the window. He had never felt so happy in his life.