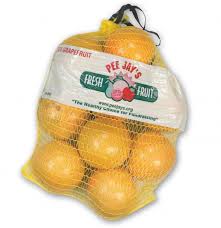 A Conversation Between Two Mothers ~ A Short Story by Allen Kopp

It was Madge’s turn to host the card party and she still had much to do. She had put her hair up in curlers and was tying a scarf around her head to make herself presentable to go and buy some last-minute items, when there came a knock at the back door. She huffed with impatience, snuffed her cigarette out in the garbage pail, and opened the door to a short, toad-like woman with frazzled red hair.

“Well, Simple or Semple or whatever it is, I need to have a word with you.”

“You have a son named Dakin?”

“He’s been picking on my Leslie.”

“Picking on your what?”

“On my son Leslie, dodo bird!”

“My name, if it should happen to be of any interest to you, is Mrs. Felton. My son is Leslie Felton.”

Madge sighed and stepped out the back door. “Maybe you’d just better tell me what happened,” she said.

“Leslie was riding his bicycle on the sidewalk, minding his own business. Dakin jumped out from behind a tree and yelled and scared him and caused him to wreck his bike. He cut a big gash in his leg that was pouring blood.”

“I’m sure that’s an exaggeration.”

“And that’s not all. When Leslie was lying on the ground howling in pain, Dakin took his bicycle.”

“Oh, is that so? Well, if you want to know the truth, I think Dakin is a lunatic! Only a lunatic enjoys inflicting pain on others.”

“Now, hold on a minute!” Madge said. “You don’t have any right to speak to me that way about my child!”

“Then when Leslie finally got his bike back, it had some scratches on it that weren’t there before. Caused by your brat!”

“Wait a minute!” Madge said. “Did you see Dakin do any of this?”

“Well, no, I was in the house, tending to my little girl.  She’s got a rash all over her body and we don’t know what’s causing it.”

“Because Leslie said so. If you could have seen how upset he was, it would have broken your heart. If you have a heart.”

“Maybe Dakin didn’t do it. There are lots of boys in the neighborhood.”

“Leslie said he did it and if Leslie says a thing, it’s true! He came into the house crying with the blood dripping down his leg. He was so upset he couldn’t speak. When I held him on my lap and got him to calm down, he told me what happened.”

“So, you’re taking Leslie’s word that Dakin did it?”

“You can’t always go on what kids say. They have a way of distorting the truth. Sometimes you have to find out what happened on your own.”

“Look, Mrs. Whatever-your-name-is, I’m very busy at the moment and I don’t have time to stand here and jaw with you all day, as lovely a prospect as that is. When Dakin comes home, I’ll speak to him and I’ll find out what really happened. If he did what you say he did, he will be made to apologize.”

“You want a written confession in blood?”

“I have a good mind to call the police.”

“They’ll just laugh at you for being so trivial.”

“You tell that little ham-handed troglodyte of yours to stay away from Leslie and Leslie’s bike and anything that belongs to Leslie.”

“You’d better watch who you’re calling names! You’ve got a lot of nerve coming to my door and raising such a fuss over nothing!”

“I told you the matter will be taken care of! Now, so help me, if you don’t get off my property right now, I’m going to throw something at you!”

“My, aren’t we hoity-toity, though? You think you’re better than me, don’t you? Well, I’ll tell you something. I have no intention of getting off your property until I’m good and ready.”

“Oh!” Madge said. She ran into the kitchen, looking for something to throw. The first thing that came to hand was a bag of grapefruits. She carried the bag out the door and began lobbing grapefruits at the woman, one after the other. The first one hit her in the chest but the rest missed her.

“I see where Dakin gets his craziness from!” the woman said. “Only crazy people throw fruit!”

When Madge had run out of grapefruits, the woman, as deft as a monkey, rushed her and punched her in the chin with her fist. The blow almost knocked her off her feet but she caught herself on the doorframe.

“I’ll give you fifteen seconds to get off my property,” she said. “That’s how long it’ll take me to go to the bedroom closet and get the loaded gun my husband keeps there.”

“Oh, my!” the woman said, taking a few mincing steps and waggling her hips in a demonstration of hoity-toity. “You can see how scared I am, can’t you?”

“You are the most repulsive woman I’ve ever seen!”

“Well, that goes double for me!”

The gun was in the exact spot in the closet where Madge thought it would be, high up where the kids wouldn’t find it. She checked to make sure it was loaded and then before she knew what she was doing she was outside again, pointing the gun at the woman.

When the woman saw the gun, she didn’t leave as Madge hoped she would but bent over from the waist and made a raspberry sound with her tongue and lips. Then she stuck her thumbs in her ears and waggled her fingers.

“Hah-hah-hah!” she said. “Are you supposed to be scaring me with that little pea shooter? I’ve had bigger guns than that pointed at me!”

The first bullet struck the woman in the breastbone, the second knocked her off her feet. She was lying on the ground, struggling to stand up, as Madge fired all the bullets in the gun at her, six in all.

When she was sure the woman was dead, she dragged her body by the ankles into the bushes in the overgrown neighboring yard where the house just happened to be vacant. It would be a while before anybody found her and, when they did, they wouldn’t know what had happened.

She put the gun back in the closet and checked herself in the mirror. No, she didn’t look as if she had just killed somebody. She went out to the garage and backed the car out and zoomed up the street, waving and smiling at some of the neighbors. It was getting late and she had to get to the store before they were out of the best cuts of meat.

3 thoughts on “A Conversation Between Two Mothers”