The Tree of Life ~ A Capsule Movie Review 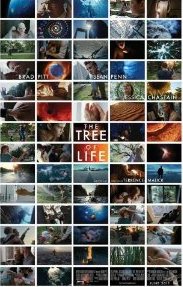 The Tree of Life ~ A Capsule Movie Review by Allen Kopp

If you are a serious moviegoer, you are probably tired of the mainstream crap that moviemakers are throwing at us these days. How many Harry Potter movies do there need to be? How many movies based on comic book heroes, video games or old TV shows do we need to see? How many cutie-pie “romantic comedies” are we supposed to tolerate before we throw up? How many cartoon movies for the under-six crowd? How many lame, derivative “comedies” (with the same aging “stars”) that seem exactly like stuff that was out two years ago? Or was that last year?

If you live in a fairly large metropolitan area like St. Louis, you might occasionally uncover a gem of a movie like The Tree of Life, if you are willing to drive a little farther to get to a movie house where “art” films are shown. The Tree of Life is as far removed from Transformers 3, Horrible Bosses, and Hangover 2 as you can find and still be on the same planet.

Terrence Malick wrote and directed The Tree of Life. If you are familiar with Terrence Malick at all, you probably know that he has made only five movies in thirty years. He is a true “artist” (the movie industry could use more of those) who obviously isn’t making movies with the idea of making tons of money. His movies aren’t like any other, and, once you’ve seen them, you probably won’t forget them. They are lyrical, slow, thoughtful, intelligent and introspective.

The experience of sitting for 139 minutes and watching The Tree of Life is difficult to explain because it’s not like any other experience I’ve ever had before. The Tree of Life seems to be asking the big questions: How did life come to exist on the earth? Why are we here? Where are we going?

The story is told through a family in the 1950s in small-town America. Brad Pitt is “Mr. O’Brien,” the father of three boys. He gave up his dreams of being a great musician to earn a living to take care of his family. He is stern and is subject to fits of rage. His three sons fear him but also respect and love him. He is an authoritarian of the old school who doesn’t believe that kids should do as they please all the time. His wife (played by an actress named Rebecca Chastain) is calm and quiet, a counterbalance to Mr. O’Brien’s volatility. She is “grace” and he is “nature,” as described early in the movie.

As the timeline of the movie shifts back and forth between past and present, we learn early in the movie that the middle O’Brien boy has died at the age of nineteen. His death is never explained but we assume he is a war fatality. An older woman tells Mrs. O’Brien on the occasion of her middle son’s death, “Be thankful you have the other two,” but we can tell from Mrs. O’Brien’s face that she finds solace in nothing, as nothing will ever take the place of the child she has lost. Nothing will ever be the same again.

I loved The Tree of Life and can’t wait to see it again. As soon as it becomes available on DVD, I’ll buy it. It is rich, complex, memorable, and challenging. How many American movies these days fit that description?