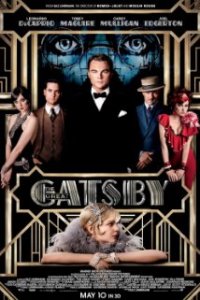 The Great Gatsby ~ A Capsule Movie Review by Allen Kopp

The Great Gatsby stars Leonardo DiCaprio as the fabulously wealthy, mysterious Jay Gatsby and Carey Mulligan as Daisy Buchanan, the woman who Gatsby has lost and attempts to regain, with tragic results. It is told by Gatsby’s one true friend and confidante, Nick Carraway (Tobey Maguire), who innocently falls under Gatsby’s spell. The Great Gatsby is directed by Baz Luhrmann in a grand visual style (remember Moulin Rouge a few years ago?) that never gets in the way of the story. There have been other film versions of the venerable American novel by F. Scott Fitzgerald, but this one is by far the best.

The story is set in the 1920s. No other decade could have spawned such a story. Not only did the 1920s roar, but they also boomed. There were fabulous amounts of money to be made. It was a time of great optimism. The bubble seemingly would never burst. Jay Gatsby is the perfect figure for the times. He lives in an enormous seaside “palace” on Long Island. He drives a custom-made yellow convertible. He gives lavish parties that he doesn’t attend but observes from a distance. He conducts shadowy business deals over the phone. Because nobody knows much about him, he is the object of much speculation.

Five years earlier, at the end of World War I (before Gatsby made his fortune), he had met and fallen in love with one Daisy Fay of Louisville, Kentucky. Daisy loved him in return but was not going to marry a man without money. She ended up marrying a brutish lout of a man named Tom Buchanan, heir to one of the largest fortunes in the country, and they took up residence on Long Island.

During the five years that Gatsby and Daisy are apart, he never forgets her and never stops believing that the two of them can be together, even though she is married to another man. Now immensely wealthy, he buys the estate just across the bay from Tom and Daisy and spends a lot of time standing on the pier looking across the bay, reaching for the green light that represents for him what is unattainable. He gives lavish parties, to which nobody is invited but goes to anyway, because he’s hoping that Daisy will just “appear” at one of them. Nick Carraway, callow and humble bond salesman, rents the caretaker’s cottage near Gatsby’s home and befriends Gatsby. Learning that Nick is a cousin of Daisy Buchanan, Gatsby gets Nick to arrange a reunion. When Gatsby and Daisy meet again, the old spark of five years earlier is reignited. Will she divorce Tom and marry Gatsby? In the end, it seems she hardly knows what she wants.

Fans of Fitzgerald’s novel, of which I am one, will not be disappointed with this movie adaptation. It is faithful to the novel but, for me, the best thing about it is its lavish visual style. It is, first and foremost, a visual experience (in 3D, no less), especially for those who know the story so well and know what is coming. My favorite scene is Gatsby’s party with everybody happy and dancing to Gershwin’s Rhapsody in Blue, with fireworks exploding in the sky. I want to see it again.

The Great Gatsby does not have a happy ending but it couldn’t have been any other way. The grand future that Gatsby envisioned with him and Daisy happily in love is not meant to be. The bubble always bursts, but it sure was fun while it lasted.