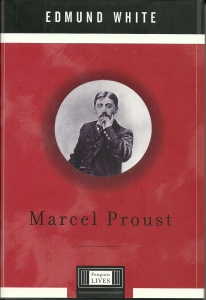 French author Marcel Proust lived from the Belle Époque (born 1871) to the Roaring Twenties (died 1922.) Of all the writing that he did in his relatively short life, he is best known for his monumental seven-volume novel (approximately 4300 pages), In Search of Lost Time, or, as it has previously been translated, Remembrance of Things Past. Many people believe In Search of Lost Time to be the ultimate in novelistic art and Proust the greatest writer of his time.

Proust didn’t always enjoy such a lofty reputation, however. Early in his writing career he was dismissed as a socialite and a snob, incapable of producing anything of lasting value. He was slight of stature (one hundred pounds), always in poor health from asthma (there were times when he was virtually an invalid); had piercing dark eyes and a small black moustache. His homosexuality (which he took pains to conceal in certain quarters) led him into inappropriate liaisons, often with heterosexual social climbers who used him to get from him what they could.

Unlike other writers of his generation (the so-called “modernists”), Proust’s literary style is one of wordy, flowery sentences and the persistent use of metaphors. He practically invented a new style of writing fiction in which “involuntary memory” and autobiography play a large part. He frequently wrote about male partners with whom he shared dalliances and turned them into female characters in his writing. The “Narrator” of the novel (presumably Proust himself) is a raging heterosexual, even though many of his characters are gay.

Proust had a hard time finding a publisher for the first volume of In Search of Lost Time, which he called Swann’s Way. When it was published in 1913, it was dismissed as long and pointless by some leading critics. It wasn’t until subsequent volumes came out that people came to see it as a groundbreaking literary masterwork. (Apparently one has to read all seven volumes to get the full effect and understand Proust’s vision.) The final volume (volume 7) wasn’t published until 1927, five years after Proust’s death at the age of 51.

Edmund White, who has studied Proust at great length and taught courses about him, wrote this biography, Marcel Proust, for the Penguin Lives series. For the literature student who wants an overview of the life and times of Proust without spending too much time and effort, this book is an excellent choice. Edmund White concludes the book with an analysis of why Proust is even more popular today than ever before. In his words, “Proust is the first contemporary writer of the twentieth century, for he was the first to describe the permanent instability of our times.” 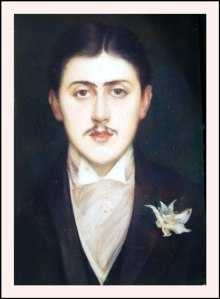