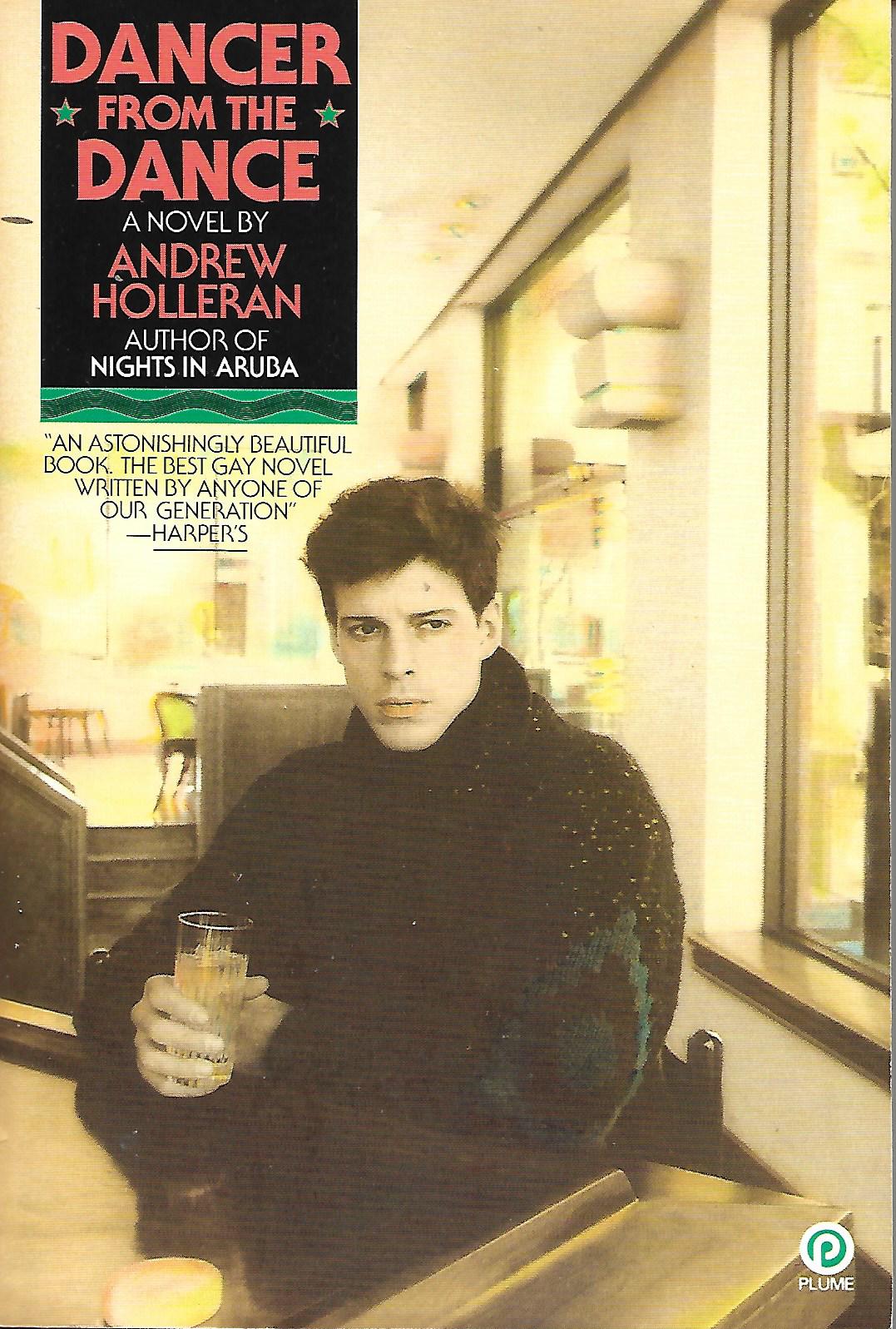 Dancer From the Dance ~ A Capsule Book Review by Allen Kopp

Andrew Holleran’s 1978 novel, Dancer From the Dance, is a compelling, beautifully written modern classic for the grownups in the audience. It’s the story of a group of friends in the libertine 1970s, a world that has vanished from the social landscape as completely as the flappers and debutante balls of F. Scott Fitzgerald’s jazz age.

Anthony Malone (always called simply “Malone”) is a blond Adonis, a “Nordic warrior,” whose blond hair and extraordinary good looks make him, all too briefly, the darling of the hedonistic homosexual world in New York City in the 1970s (before the “plague”). When Malone comes to New York looking for love, he meets Frankie, a blue-collar, under-educated man who leaves his wife and child to be with Malone. They are happy living together for a while, until Malone is no longer satisfied and begins experimenting sexually with a lot of different men. Frankie tells Malone, “If you ever leave me, I will kill you.”  (As lurid as this might sound, there are NO descriptions of sex acts anywhere in this novel.)

Sutherland has been part of the New York homosexual “demimonde” for a long time. He knows all the principal players and their peccadillos. He is flamboyant, jaded, outrageous; he frequently takes on the guise of a woman. When Malone escapes from Frankie (after a beating that Frankie administers upon finding out that Malone has been unfaithful), Sutherland takes Frankie home with him, nurses his wounds, and becomes his mentor. He instructs Malone and introduces him to all the important people in their insular world. They are together constantly without ever becoming sexual partners.

Malone, under Sutherland’s tutelage, immerses himself in the world of dancing, parties, discos, Fire Island, and chance, uninhibited sexual encounters with any number of complete strangers. These people go dancing at four in the morning and exhaust themselves before the sun comes up. It’s a superficial world, a “world of the eye,” whose inhabitants trade on their youth and good looks. (When youth fades—when the hair thins and the muscles built up at the gym turn to flab—what do they have?)

In this nighttime world of dancing, glamor, gossip, excitement and youth, Malone is a “star.” Everybody knows him and desires him. But he, alas, is “unfulfilled.” He is always looking for that “something” that he can never find. He becomes a “call boy,” a polite name for a male prostitute. By the time he is in his late thirties, he is “burned out,” a jaded queen who never finds the “love” (or whatever it is) that he once set out to find.

Malone is a Gatsby-like figure, a “romantic,” an enigma, a misfit, a constantly searching, lost soul, looking for that green light at the end of the pier. It’s fitting that at the end of the novel he is last seen swimming out into the Atlantic Ocean away from Fire Island. Nobody knows exactly what happens to him, although there are plenty of rumors.