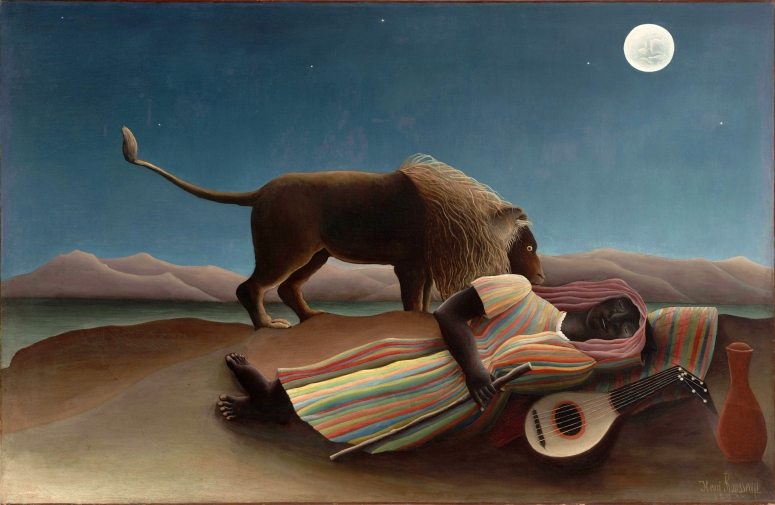 The Sleeping Gypsy (1897) by Henri Rousseau

Henri Rousseau was a self-taught French painter who lived from 1844 to 1910. His 1897 painting The Sleeping Gypsy is a fantastical depiction of a lion musing over a sleeping woman with a full moon in the sky. It was a painting that was ignored for decades until it was justly recognized as a masterpiece in the 1920s.