The End of Eddy ~ A Capsule Book Review 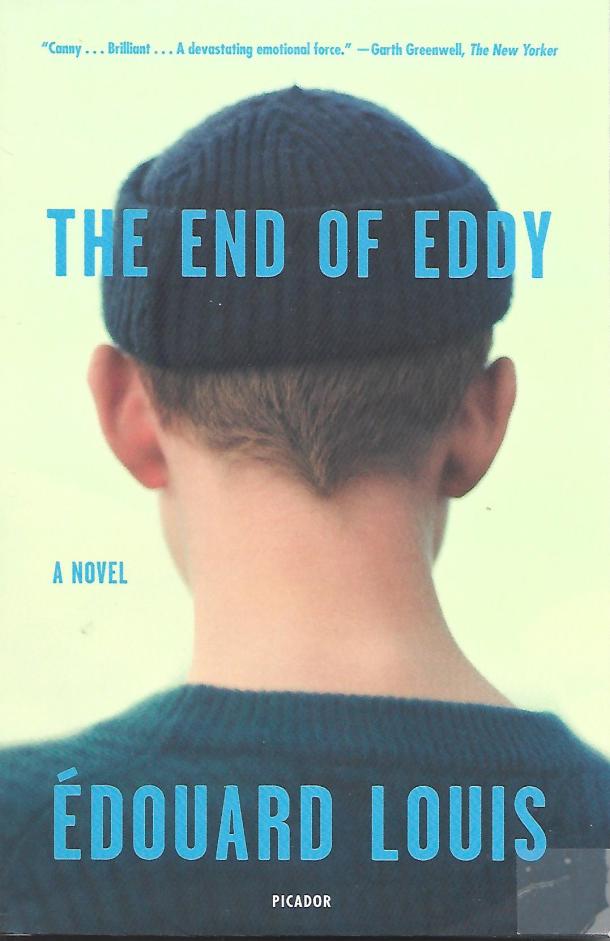 The End of Eddy ~ A Capsule Book Review by Allen Kopp

The End of Eddy, by young French writer Édouard Louis (born 1992), is a novel set in a small factory town in the North of France in a region known as Picardy. Eddy Belleguere is the fictional narrator of the novel, and we learn from the background information of the novel’s author that the story, though fictional, is, in fact, an account of his own life. Eddy Belleguere is the fictional alter-ego of real-life Édouard Louis.

Despite the charm of the region in France where the story takes place, the lives of the factory workers and their families are anything but charming. Life is hard in the factory, and the men who toil there all their lives sometimes die at an early age. They drink to excess, beat their wives, and watch porn and Wheel of Fortune on TV. The women, who sometimes also work in the factory, are long-suffering custodians of the children. The children are unmotivated, unhygienic boobs who usually want nothing more out of life than to get a minimum of education and then get a job in the factory and live the same life of toil that their parents have lived.

Every now and then a boy comes along who isn’t like the others, and that boy is Eddy Belleguere, the protagonist of the novel. He isn’t comfortable with the masculine gender role (as personified by his father, his brothers and every other male in his sphere) that he is supposed to adopt for himself. Eddy has feminine gestures and is attracted to boys and men. His friends at school are all girls. He is brutally bullied and abused by older boys in school and has no way to fight back. As he gets older and realizes he is gay, he tries to “fit in” and be like all the other boys, but he knows (and we know) that it isn’t going to work out. Eddy has an identity crisis and it is never going to resolves itself until he escapes his family, his town and his environment.

The End of Eddy is a story about identity, conforming, belonging, and finding one’s own place in the world, whatever that might be. It’s a breezy novel, simply written, engaging, engrossing and not at all taxing to the brain. Highly recommended to those readers who appreciate a good story about being “a square peg in a round hole.” I think we have all been there, at least in one way or another, when we were young. (Remember how you loathed gym class, dreaded it for days in advance, and might even still have nightmares about it?)