If Anybody Asks Where I’ve Gone 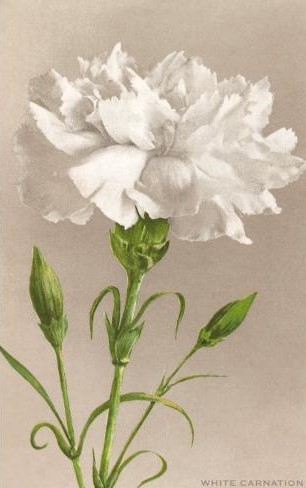 This morning I gave my seat on the bus to a midget without one. A seat, I mean. She was only about half as tall as anybody else and she was being jostled around by hips and knees. When I caught her attention, I pointed to my seat to let her know that since I was sitting on it I owned it for the moment and I would gladly relinquish it to her to her if she wanted it.

She squeezed past the assholes over to where I was sitting and smiled at me. She had a big oval face and a shellacked hairdo. She wore a little yellow-and-white waitress’s uniform with a nametag on her chest; her name was Lucille. After making sure she was ready to occupy the seat I was about to un-occupy, I stood up and grabbed for a pole to hang on to. I glanced over my shoulder one time from my pole to make sure she was comfortable in the seat I had given her. Her eyes were closed and she was clutching her handbag on her lap. She got off in two stops and somebody else took the seat.

As soon as I walked through the door at work, the good feeling I had from giving my seat to Lucille the midget vanished. I made my way to my desk, head down, trying not to attract anybody’s attention. I didn’t want to give anybody the bright idea that I needed some work to do. I took off my coat and hung it on the rack behind my desk, thinking about how many hours I had to get through before I could put it on again and leave.

I sat down at my desk and took out my yellow legal pad and a handful of pens and red pencils. I took out some papers and covered the desk with them to give the impression that I was working, when, in fact, I planned on doing nothing at all. I could usually go the entire day without doing anything, while giving the impression that I was deeply immersed in an important project for Mr. Junius “Groucho” Wexler, the business genius who started the company from nothing and turned it into the colossus it is today. The best thing I could say about Mr. Wexler was that I hardly ever saw him.

I picked up my pen and made a few notes on the yellow legal pad. Sometimes when I was pretending to be busy, I wrote a snatch or two of not-very-good poetry or a few lines of what would be the great novel that would bring me literary immortality along the lines of Moby Dick.

After a few minutes of this pretending to be busy, I became terrifically sleepy. I might toss and turn in my bed half the night, but as soon as I’m at work I feel like I’ve taken a powerful, sleep-inducing drug. I might try to lean my head on my hand and close my eyes and snatch a few seconds of sleep in the upright position, ever wary of approaching footsteps, but I’ve tried this and it doesn’t help. It somehow makes my craving for sleep almost impossible to bear.

Besides being sleepy, I was also hungry, having skipped breakfast altogether. I went to the break room to see if anybody had brought in any donuts. There were no donuts but there was a pack of chocolate chip cookies on the table. I ate one and when I saw it wasn’t too stale I took two others and put them in my pants pocket before anybody saw me. (I had to remember to take them out of my pocket before I sat down again.) I wasn’t a coffee drinker so I fixed myself a cup of tea and stood looking out the window while the water heated.

With my tea and cookies, I returned to my desk, prepared to stay put until lunchtime, pretending to work, while my mind, every second, was on anything other than work.

Once when I was about five years old somebody gave me a helium balloon on a string. It was a novelty for me. I had never even seen a helium balloon before, let along being lucky enough to own one. While I was outside in the yard, admiring my balloon on the string, it somehow got away from me in a gust of wind. I stood there, watching it, feeling helpless that it was gone and I couldn’t get it back, no matter what I did. I watched the balloon rise in the air until it was just a tiny speck and then could no longer be seen at all. I had a hard time holding back the tears. I still think that balloon is somewhere up there in the sky waiting for me and I might get it back one day.

My mind was aswirl with these and other memories when I heard footsteps approaching my desk. I began to write furiously on my pad, copying meaningless phrases from an open book in front of me.

It was Judith Peebles, the office manager, come to pay a call.

“What are you working on, Elliott?” she asked.

“This. I’m working on this.” I leaned back so she could see the papers on my desk.

“You shouldn’t be working on that,” she said. “That was finished two weeks ago. You need to be working on something more relevant.”

She wasn’t the boss, but she thought she was. She swooped by on her broomstick several times a day to check up on all of us and report back to Mr. Wexler. She was a hatchet-faced, bitter, older woman. Nobody knew how exactly old she was but I’m sure she was over a hundred.

She gave me a sour look, the only kind of look she was capable of, and sashayed away to, I’m sure, confer with her best friend Satan.

Judith Peebles had interrupted the flow of my work, so I figured I needed a break. I stopped by the men’s room and when I left there I went on to the break room. My friend Lonnie Dove, kindred spirit, was standing at the sink washing his coffee cup.

“Do you absolutely hate this place, or what?” he asked.

“I think I probably hate it every bit as much as you do,” I said.

“Doesn’t it make you want to go up to the roof and jump off?”

“When I’m ready for that, I’ll let you know. Maybe we can go together.”

Abhorring the thought of going back to my desk and risking another encounter with Judith Peebles, I got into the elevator and rode the six floors down to the lobby. I went outside and walked down to the corner and when I got to the corner I turned around and walked all the way back to the other corner. I had the feeling that Judith Peebles was watching me out the window the whole time.

After another torturous hour-and-a-half spent at my desk pretending to be busy, it was time for lunch. I left as fast as I could before anybody spotted me. The trick was to not let anybody know what time you left, and then when you got back they wouldn’t know how long you had been gone.

I wanted something good for lunch so I walked a couple of blocks away to a little restaurant called Manny’s Fine Eats. I had been there before and I knew the food was good and the service excellent. I was gratified to see the place wasn’t crowded; I sat at a small table next to the window beside an enormous potted plant.

My waitress, I was very surprised to see, was Lucille the midget from the bus, in her little yellow uniform with the name tag. I smiled but she didn’t seem to recognize or remember me. She was businesslike and efficient. I ordered the meatloaf plate with mashed potatoes. I didn’t have long to wait and when Lucille set it down in front of me the steam off the plate rose up in my face.

The meatloaf had a slight garlicky taste and was delicious. When I finished, I was sorry there wasn’t more. I finished my iced tea and gestured for Lucille to bring me my check.

“Will there be anything else?” she asked.

When she handed me my change, she also handed me a single white carnation.

“This is for the bus this morning,” she said.

I thanked her and before I had a chance to say anything else she was gone again. It was lunchtime and she was busy.

I walked all the way back to the office carrying the carnation in front of me like a charm to ward off evil. As I went up in the elevator, I was aware that I had a bad headache coming on and a sharp pain in my abdomen.

When I got back to my desk, I put away all the papers, pencils and books on my desk and then I went and told the secretary, a Thelma Ritter lookalike, that I was sick and was going home to lie down. I didn’t know when I’d be back, I said. I might be out all the rest of the week.

She gave me a suspicious look and said she would pass the information along to Miss Peebles. Then, before the worthy Miss Peebles had a chance to come running out of her witch’s lair and cross-examine me, I was out the door as if escaping a burning building.

I got a choice seat on the bus, right behind the driver. I closed my eyes and held Lucille the midget’s carnation to my nose. The smell made me think of a garden with profusely colored flowers, buzzing bumblebees and sunshine, but mostly it reminded me that there are still a few kind people in the world and occasionally, if you are lucky, you just might meet one of them.

Posted in Uncategorized and tagged Allen Kopp, fiction, If Anybody Asks Where I've Gone, short story. Bookmark the permalink.
← Dare to Be Different
1915 ~ Multi-Generational →